Exsil HAAX has been evaluated for the separation of carbohydrates and related compounds and found to give superior performance to conventional aminopropyl bonded phases.

Exsil 300 HAAX (High Affinity Anion Exchanger) is a 300Ǻ spherical silica bonded with a polyamine coating. It was developed for anion exchange chromatography of proteins and its use in this context has been reported previously. In addition to providing good protein chromatography, the phase appeared to be robust and could withstand 30 column volumes of 0.1M sodium hydroxide before exhibiting deterioration.

As amine phases are used to separate carbohydrates, the HAAX phase was evaluated for this application. It was envisaged that the intrinsic stability might give the HAAX phase an advantage over conventional aminopropyl phases in terms of lifetime and a lower background on the ELSD.

Conventional aminopropylsilane bonded silicas have a tendency to give high baseline levels and noise when used on an ELSD, due probably to slow leakage of the phase. The chromatograms in Fig 1 show that the HAAX phase had both a lower baseline level ( 4.5 vs 56 mV) and better signal to noise (by visual inspection). This is borne out in subsequent chromatograms under gradient elution where baseline drift is well constrained.

To test the ruggedness of the phase, a column was washed with 500 column volumes of  85% MeCN / 15% of pH 11 ammonia followed by 500 column volumes of 85% MeCN/ 15% of 1% TFA. The results (Fig 3) show little difference in the chromatography before and after this treatment illustrating that the high stability seen in ion exchange mode is preserved in this application. In addition, the phase has been used with acetone/ water mixtures with apparently no deterioration. 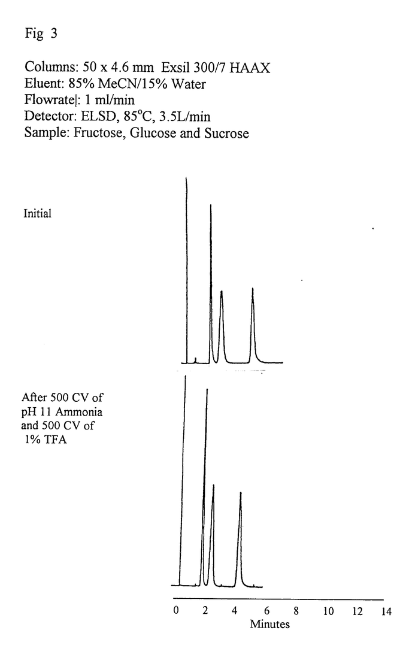 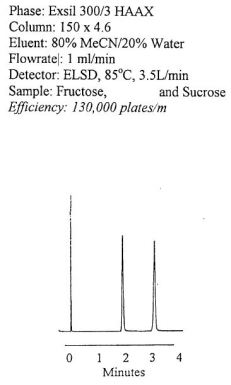 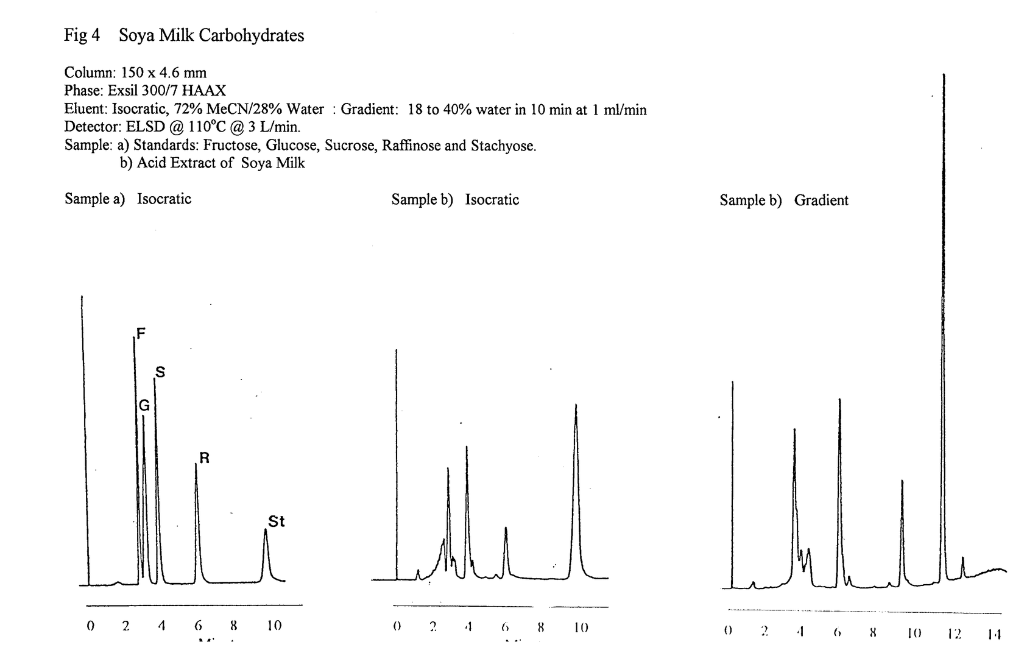 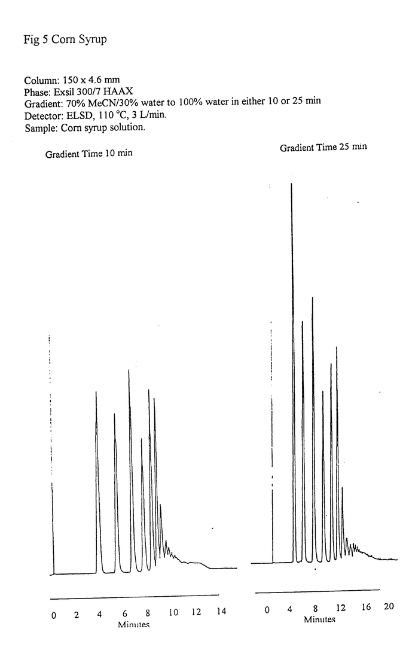 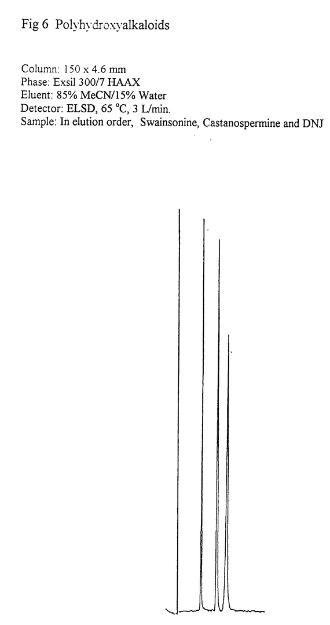